In the Kangra district and at the suburbs of the town of Dharamshala, Mcleodganj, Himachal Pradesh is one of the most favorite tourist destinations of recent times.It is known as “Little Lhasa” or “Dhasa” because of its large population of Tibetans.If you happen to believe that food forms a great part of any vacation, just head to McLeod Ganj. McLeod Ganj offers you an astounding variety of cuisines. Many stalls here sell local Tibetan food, taken right from the kitchens of the indigenous tribe – but search a little, and you will find a wide variety – ranging from Nepali to Italian, Chinese, Bhutanese, Korean and Japanese eateries. The list following, are some i personally have tried and recommend you all to try when ever you visit this place.

A Korean dish of steamed white rice and other ingredients rolled in sheets of dried laver seaweed and served in bite-size slices.Korean cafe ri is one of those places which is less crowded and peaceful to be at. You will find Korean books ,handcrafts and lots of diy around the whole place.This was the very first time i was having a Korean dish. It looks very fimiliar to sushi but is a bit different. Obviously to our Indian taste buds it felt a bit taste less but that’s how it is. Talking about the price at which they are serving an international cuisine i would highly recommend you all to go and try things in here.

Apple cinnamon tea is a beverage made by brewing tea, apple peels, and cinnamon. The beverage is known for very refreshing with pleasant aroma. In Korea it is traditionally recognised as a festive drink. It tastes best when served cold and I think it tastes even better if it’s icy cold. It is known to help digestion and maybe that’s why it’s often served after having Korean BBQ at a restaurant.The drink is sweet and the combined aroma from ginger and cinnamon sticks gives a warm feeling even though I am drinking it icy cold!

This little restaurant in Mcleodganj, offers authentic Tibetan food and had a small seating area. Walls were decorated with Dalai lama’s poster and tables had currencies of different counties slipped under them. This place can only occupy 8-18 people at once. Coming to the menu, they had both veg and non. Veg. Items in it. So, we stated our meal with veg. Thupka. Vegetables were finely chopped and boiled, salt was perfect ,in total it tasted real good.Credit must go to the immigrants from Tibet who carried their cuisine along and popularised it so much so that it is today a comfort food loved and relished by every palate across the country.If there is one thing that the Tibetans in India hold close to their hearts, it is this food that reminds them of their roots.

Shapta is a Tibetan delicacies meal of stir-fried meat tossed with ginger herb, fresh red chili, Onion and capsicum. Despite the common misconception that Tibetans are primarily vegetarian, actually they love to eat meat, though it may not be commonly eaten in the countryside in Tibet, because it is considered expensive. Traditionally, this would have been yak, beef, mutton, and goat. Nomads would be more likely to have yak, while farmers in central Tibet would eat more beef, mutton and goat, mostly because they had more access to these animals. Today, shapta is most commonly made from yak, beef, mutton, or pork. In exile, we tend to use beef or mutton.

10m from the main Mecleodganj to Dharamkot road you can find jimmy’s cafes that serves hand made thin crust pizza! I have had a lot of pizzas but this was one of the best. It wasn’t chewy, perfectly cheezy, thin and crispy crust completed this amazing pizza! Most generic pizzas described as thin-crust or wood-fired are of the hand-tossed variety.A genuine (hand-tossed) Neapolitan pizza, for example, uses a lean dough made with just flour, yeast, salt and water. Chicago-style (pan) pizzas often use a dough with a higher hydration, meaning it has a more water for a softer dough. Some recipes include a little sugar and oil for better browning

It is a type of wide, flat pasta, possibly one of the oldest type of pasta. Lasagne originated in Italy during the Middle Ages and have traditionally been ascribed to the city of Naples.The traditional lasagne of Naples are layered with local sausage, small fried meatballs, hard-boiled eggs, ricotta and mozzarella cheeses, and sauced with a meat sauce.  The German bakery has a lot of never heard before dishes to try. If you are in Mcleodganj, this place will be a good option to visit. 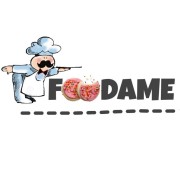 To, all the food lovers craving for food. This page is about food, recipes, travel and discovering those places which brings out your inner foodie. Here we give our honest opinion about every food destination we visit so that people get to know whats best around them.